Definition of Spam - The Etymology of How Spam Got Its Name

Definition of Spam – Etymology of How Spam Email Got Its Name 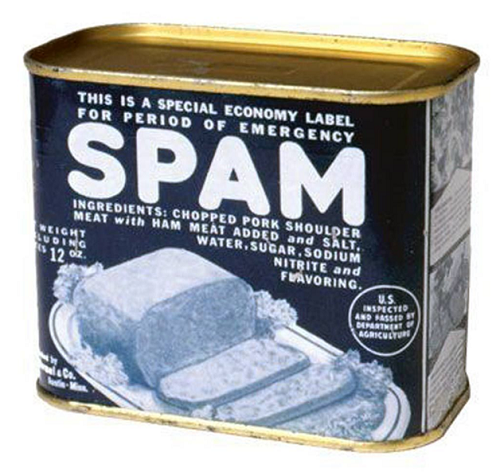 The True Story of How Hormel, Franklin Delano Roosevelt, and Monty Python came to Name Spam

Speaking yesterday with digital marketing undergraduates at The University of Texas at Dallas, I found that most had heard of Hormel Foods’ famous ham and pork product, but did not know how SPAM had come to be synonymous with unwanted emails. Hence, as a dual citizen of the UK and US, I thought I’d pull together my cross-cultural knowledge to explain how it came about that unwanted electronic messages became known as Spam.

Before the advent of modern farming methods, and especially of crop fertilizers, the United Kingdom was not self sufficient in food production, and imported much of its food by sea. With the fall of most of Western Europe to the Nazis in May and June of 1940, the UK saw many of its shipping routes cut off.

At that time, many people in the US were reluctant to become involved in yet another “European” war. The Great War or War to End All Wars had taken place between 1914 and 1918, and the terms World War 1 and World War 2 had not yet been coined. Historians use the term “isolationist” to describe the US Congress of the early 1940s.

President Franklin D. Roosevelt recognized the great danger posed by the Nazis and he is believed technically to have broken US law in order to give as much support to the UK as possible at a time when the US remained nominally neutral. He was, however, successful in getting Congress to pass the Lend-Lease Act of March 11, 1941, allowing Roosevelt to supply arms and food to “any country whose defense the president deems vital to the defense of the United States.”

At the time, SPAM was mass produced and had a long shelf life. It also came in a rectangular can, meaning that more cans could be crammed into the hold of a transatlantic ship, bringing more meat per ship to feed the hungry UK population. Consequently, throughout the war years, SPAM might be the only meat a family might have from week to week.

During a 1942 radio broadcast from London to the States, American journalist Ed Murrow announced “This is London. Although the Christmas table will not be lavish, there will be SPAM luncheon meat for everyone.”

After the war, people who had come to love SPAM continued to eat it. Not so, their children who grew up in the post-war years. For the boys of Monty Python growing up in the ‘50s and early ‘60s, SPAM to them was as broccoli is to today’s children: it was the food you hated, yet your parents kept forcing you to eat it.

While the earliest use of the word spam to describe unwanted electronic messages is not clear, it does appear to have gained traction in several places on the web in the late ‘80s and early ‘90s. If a chat room user wanted to annoy another user, he would create “noise” by typing “Spam, spam, spam, spam” in multiple four-word stanzas, just as in the Python sketch.

So there you have it: spam etymology courtesy of Hormel, President Roosevelt and the six-man Monty Python team. 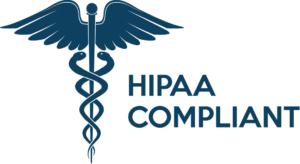 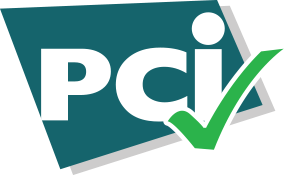